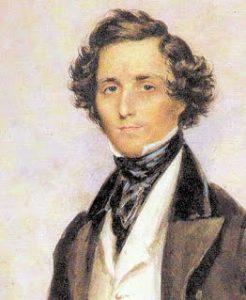 o    Divorce:  Until 1857 divorces could only be obtained by individual Act of Parliament. 1857:  men could divorce for adultery. Women for adultery plus cruelty, desertion, incest, rape, sodomy and bestiality.

o    For most of reign husband could restrict wife’s access to children and insist on conjugal duties.

o    Known as “the world” to Regency Londoners

o    Thames:  living river. Drama includes floods, droughts, fires, and don’t forget those nine bridges. Tolls on all but London Bridge and Blackfriars. Steamship era was in full force by 1818. Steam tugs with barges in 1848. Enclosed docks started being built in 1805, continued building until 1880. Meanwhile, shipbuilding moved out of area by end of 1860s. River was enclosed by embankments in 1864-1870

o    Railroad:  began 1830 to cross England. The near London stations came in mid 1830s. The first city station was in 1841. By 1870 the network was all over England and well developed in London. There were 1st, 2nd and 3rd class carriages, plus private carriages could be loaded on a flat car.

o    Metropolitan Police Force 1839 but police were around from 1829. In 1864 Metropolitan Fire Brigade took over from private services.

o    Transportation:  omnibuses (riding on top in 1850), cabs, carriages, hansoms by 1861. First traffic light around 1868. Outside London there were toll bars and turnpike gates until 1864. London Subway from 1863-gas-lit wooden carriages hauled by steam locomotives.

o    Main roads:  granite blocks or macadam-gravel. Some wood and cobbled side roads

Flanders, Judith Inside the Victorian Home, 2003

Fraser, Antonia Lives of the Kings & Queens of England, The, 1975

James, Lawrence Raj:  The Making and Unmaking of British India, 1997

Modder, Nontagu Frank Jew in the Literature of England, The. 1939

Nayder, Lillian The Other Dickens:  A Life of Catherine Hogarth. 2012

Websites with interesting links (Thank you to Alice for the suggestion!)

The Victorian Web: Linking Scholarship, Teaching and Learning since 1994