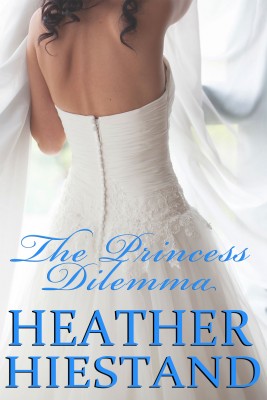 An early Victorian romance featuring a royal princess, a bastard prince, the young Queen Victoria, and the royal court!

England, 1837: In the game of kings, there can be only one winner, but a second chance at love is worth more than any throne…

As a British army colonel, Edward FitzPrince deals with dangerous secrets every day. When his mother dies and he learns he may have a claim to the British throne, he quickly finds himself out of his depths. The Scottish-born soldier discovers life in London and political maneuvering foreign indeed.

One woman can help him, German Princess Charlotte von Scharnburg, with whom he had a secret romance more than a decade before, his long-lost wife. As the best friend and lady-in-waiting to his half-sister, Queen Victoria, who has just ascended the throne of England, Charlotte is now his natural enemy.

Edward is determined to have his birthright. Charlotte must ensure her family’s survival. They will be each other’s greatest ally, or tear each other apart.

Like Loading...
Look Inside
Disclosure of Material Connection: Some of the links in the page above are "affiliate links." This means if you click on the link and purchase the item, I will receive an affiliate commission. I am disclosing this in accordance with the Federal Trade Commission's 16 CFR, Part 255: "Guides Concerning the Use of Endorsements and Testimonials in Advertising."