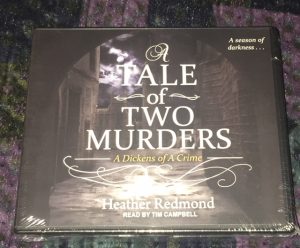 Heather Redmond is giving away a physical copy of the CD audio version of A Tale of Two Murders. You don’t want to miss hearing the amazing Tim Campbell work his accent magic. Join the newsletter on https://www.heatherredmond.com before Thursday, August 9th.

It’s finally release day for my acclaimed historical mystery, A Tale of Two Murders. My version of Charles Dickens and Kate Hogarth are coming to life! I saw the hardbacks just a few days ago and eagerly called my photographer in Norway to share her photo credit with her, and then showed the book to the special person I dedicated it to. Andy decided that he’s famous now as a result of seeing his name in print. 😉

Having the first book in a series finally available is totally awesome. I’ve had forty plus reviews already, but I’m so eager to hear what people really think before I move into the editing phase on book two…


In the winter of 1835, young Charles Dickens is a journalist on the rise at the Evening Chronicle. Invited to dinner at the estate of the newspaper’s co-editor, Charles is smitten with his boss’s daughter, vivacious nineteen-year-old Kate Hogarth. They are having the best of times when a scream shatters the pleasant evening. Charles, Kate, and her father rush to the neighbors’ home, where Miss Christiana Lugoson lies unconscious on the floor. By morning, the poor young woman will be dead. 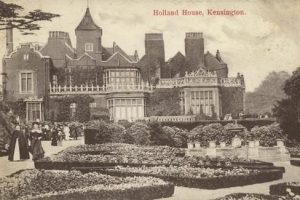 I’m so excited to announce that my first historical mystery under my new Heather Redmond name has received a coveted Starred Review from Kirkus Reviews!

Here is the complete text:

A ghastly poisoning sets a young writer on the trail of a killer in Victorian London. January 1835 finds rising journalist Charles Dickens enjoying Epiphany dinner with his editor, George Hogarth, and his family in Brompton when a terrible scream splits the air. Dickens, Hogarth, and Hogarth’s daughter Kate rush next door to Lugoson House. There, Lady Lugoson’s daughter, Christiana, who’s been taken violently ill, dies before her mother’s horrified eyes despite the ministrations of the host of doctors summoned to her bedside. The next day, at the offices of the Evening Chronicle, Charles confides his unease to fellow journalist William Aga. How could Christiana Lugoson have become mortally ill when none of the other dinner guests were affected? William recalls the similar death of another young woman, Marie Rueff, just one year ago at Epiphany. Watching young Charles sniff out the connection between the two deaths is only part of the fun. Readers can also watch the sweet, unsurprising romance between Charles and Kate unfold at a modest but steady pace and can travel through a historical London that’s vivid without being overcrowded with detail. Each character’s voice is distinctive and appropriate to the period, and Redmond’s exposition is as stately and lucid as any contemporary reader could wish. Redmond, who writes romance under the names Heather Hiestand and Anh Leod, adds crime to her portfolio. Mystery fans and history buffs alike should cheer.

I track most of my reading on Goodreads. Generally I don’t put in the middle grade books I read every day with my 3rd grader (sooo much Geronimo Stilton), but just about everything else is in there. I went through the past six months or so of my reading and started to build a visual representation of my favorite historical mysteries on Pinterest. I’d love to know your favorites, and hope you enjoy my reads! I started writing historical mystery in late 2016, and my first Heather Redmond tale will be out this July…